It's SUMMER KICKOFF 2022 at the Louisiana Children's Museum and everyone's invited. Come see us return to one of our favorite places in new spaces as we get everyone dancing and singing on the LCM event lawn. Showtime is 1 pm.

FYI - you will notice some start times (beginning with 9:30 am and ending with 12:30 pm) but do not be confused. Please know those are ways LCM organized entry into the Museum and are a holdover from COVID protocol. They also help if you're wanting to hang out in the museum before the show, then you might select an early time vs if you're coming specifically for the show, then choose a late time. 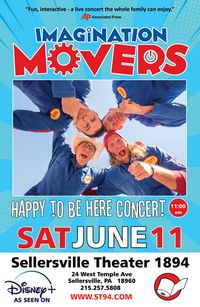 Movers Present: The 'So Glad You're Here' Concert. Come joins us for a heavy dose of flying toilet paper, confetti, ginormous balls, vortex rings, and music galore as the Movers return to the Sellersville Theatre. It's been almost 3 years since the Movers have played this intimate venue (where every seat is a good one). We can't wait to see you there!

$1 from each ticket purchased will be donated directly to Make-A-Wish Foundation. 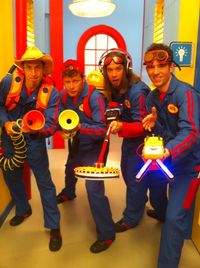 Belles' Play Garden encompasses a 2,000-square-foot area near River's Edge Pavillion on the east side of the Bob Kerrey Pedestrian Bridge. The children's play area features a series of Missouri River-inspired play and educational elements, interpretive seating, and rich native plantings. Belles' focal point is a 15-foot-tall pelican play element with climbing structures, a slide, and a lookout perch with sweeping views of the Omaha skyline and Missouri River banks. This family-friendly event is FREE and open to the public. Celebrations begin at 6:00 p.m. with dedication ceremonies, children's games, inflatables, face painting, balloon artists, Disney princesses, and Marvel characters.

At 6:30 p.m., Imagination Movers as seen on Disney+ takes the stage for an interactive kids concert. The grand opening festivities conclude with an outdoor screening of Beauty and the Beast at dusk. 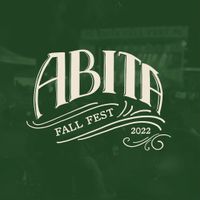 Don't miss the Imagination Movers RETURN appearance at the Abita Springs Fall Fest on November 5, 2022. The Fest opens at 10:30 am and ends at 7:30 pm at the Abita Springs Trailhead. The Movers perform at the PJs Coffee Main Stage from 11:00 am to 12:00 pm for a sixty-minute show. SO, get ready to jump up, get down, stand up, and turn around in Abita Springs.

For all booking inquiries, please complete the form. We will get back to you ASAP.

In your message, please provide potential dates, possible locations and/or venues, and any additional information you feel important to include, like the organization, if it's a festival, etc.

Conversely, you can also reach out to our booking agent: